In an industry that can change dramatically from day to day, Hafnia Bunkers navigates a hectic market with a clear vision. From its bunker desk with offices spanning Copenhagen, Singapore and Houston, to the precision of its planning and drive for innovation – Hafnia Bunkers’ approach and high performance are key to the lasting change Hafnia continues to have on the product tanker industry.

Vice President Peter M. Grünwaldt and the team at Hafnia Bunkers have a keen eye for change in an old-fashioned industry and are trying to upend some of its traditional structures. They service Hafnia’s three pools of ship owners – a fleet of 185 vessels – as well as numerous third-party members, all benefitting from the bunker expertise and market knowledge of the team, and the sheer scale of what Grünwaldt refers to as the Hafnia bunker alliance. 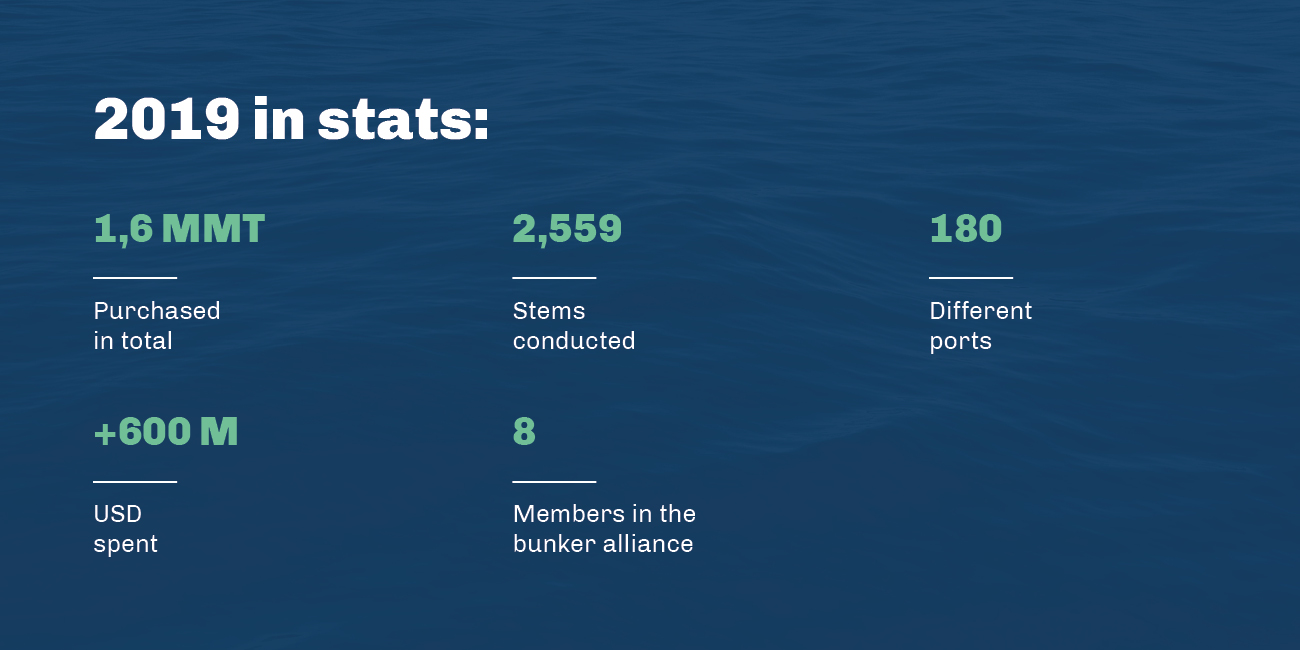 “Last year we purchased bunkers worth more than 600 million US dollars. Our team monitors the fluctuations in the market and searches for the most optimal deals for all members of our alliance.”
– Peter M. Grünwaldt, Vice President, Hafnia Bunkers

There’s strength in numbers when it comes to negotiating the best price and terms for bunkers and this is what every member of the Hafnia bunker alliance benefits from. With expertise and scale Hafnia Bunkers is able to take its members to a place they would struggle to get to on their own.

“Put simply we find the right bunkers, in the right port at fair value and if there are any issues with the fuel spec or delivery, we can assist our members with professional and timely claims handling.”
– Peter M. Grünwaldt, Vice President, Hafnia Bunkers

If the bunker does not perform and a ship is taken out of action it can be near impossible for some companies to make claims. This is one of the reasons why joining the Hafnia bunker alliance provides stability and a safety net for its members. With greater scale comes a greater voice and this creates more leverage to make claims.

“We’re not just price takers, we make a counter party assessment to make sure we do business with the right people. We are in this for the long term, so we are trying to raise standards.”
– Peter M. Grünwaldt, Vice President, Hafnia Bunkers

One of Hafnia Bunkers’ main ambitions right now is to contribute to innovations that can drive transparency. Ensuring quality bunkers is essential and the bunker team at Hafnia is fully supportive of innovations that can create a step change in routine corrupt practices.

“We are starting to see technology more and more in bunker related matters, being used to solve problems that have been apparent for years but difficult for individual owners to address. We would like to work with other owners and authorities to combat some of these issues – taking the industry to the next level.”
– Peter M. Grünwaldt, Vice President, Hafnia Bunkers

The product tanker industry is set to change further in the years ahead. Perhaps beyond all recognition from its current form. By embracing positive change at industry level, and driving transparency through buying at scale with expertise, Hafnia Bunkers hopes to keep pushing the industry standard and make a difference for the people involved in its bunker alliance.

Share this article
The link will open in a new window

Want to hear more about the subject?
Feel free to reach out.